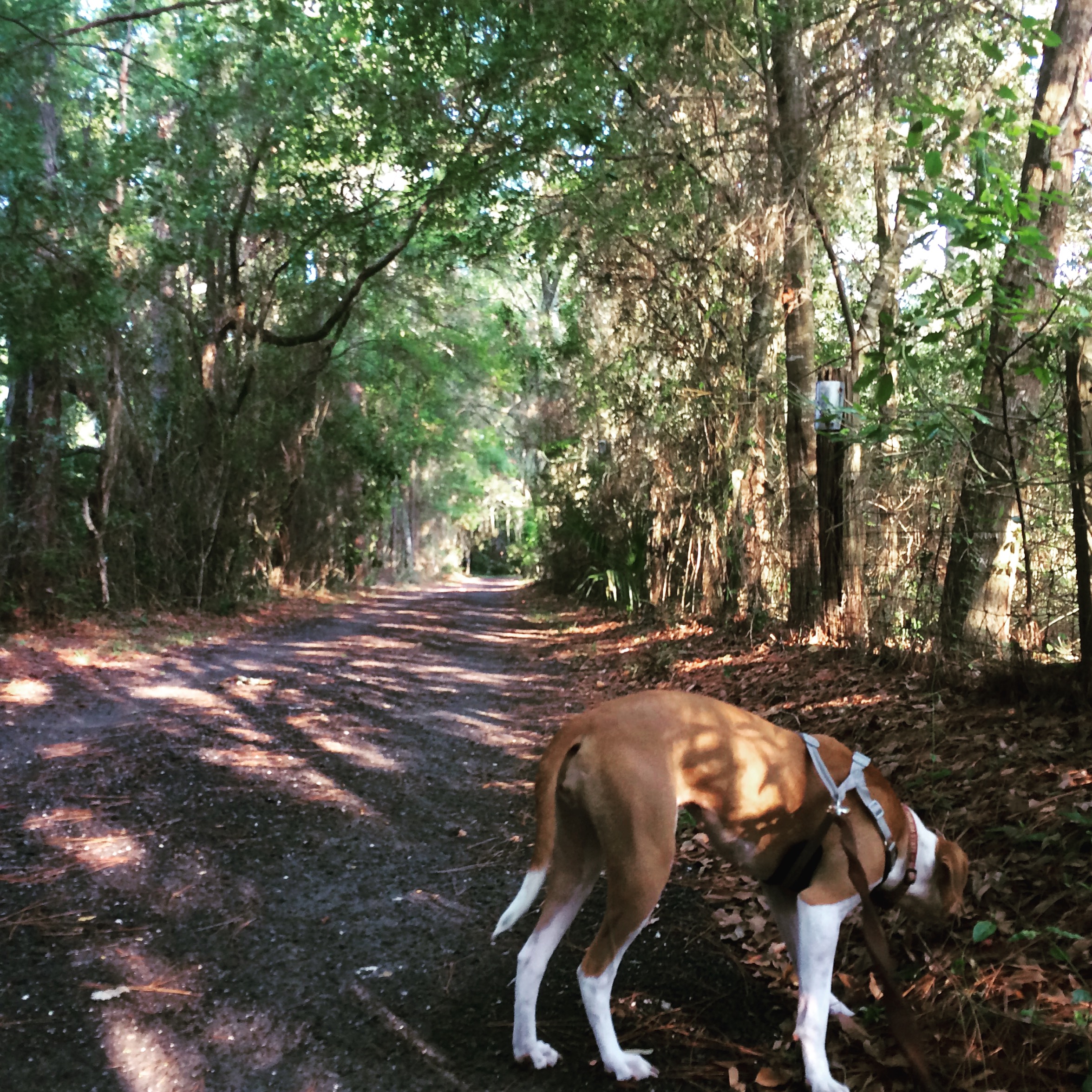 I was staring at the ceiling but with my eyes closed– have you ever done that? I was seriously debating not getting up to run on DAY TWO under the reasoning that we are planning the beach tonight after work and I could run then.

Which, often gets cancelled if our work runs late. The chances are pretty high that if I put it of in the morning that it’s not going to happen. Day 1 would have be Day Only. And then my phone blitty-blipped with a Map My Run notification reminding me to get up and go.

Sigh. I don’t like running. I do like sprinting but not when it’s hot. End of June in Florida is HOT, even at 7 am. As soon as the sun is up in Florida the cicadas are scratching in the pines and the birds are getting their whole day accomplished before 9. Once it’s full on morning even the animals know to keep in the shade. The cat will lay aimlessly under the bushes and flick the tip of her tail and watch a squirrel walk on by. Neither of them will bother to play chase.  Why? Because running takes too much work!

And yet, there am I, running dangerously close to 8 in the morning with a deliriously happy post-heartworm treatment pup who thinks this is a great new game we’re playing. True, I’m not alone. While the real runners were up before daylight and are probably chugging back peanut butter protein kale and raisin smoothies by the time the sun is up, I’m out with the elderly folks walking their powder puff purse dogs. 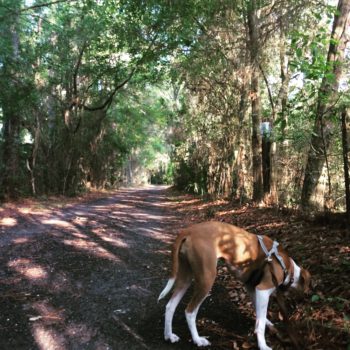 Day 2 discovery of something pretty.

I need to remember my “why”.  I’m doing this to lose weight because I’m on the threshold of “fat in my forties” or “toned in my prime” and I’m chased at the ankles by two diagnoses that are maintained through lifestyle. Gaining has been consistent, hormonal, and hard to control for the last 4 years no matter my best efforts at gluten-free, paleo, sprinting, fruit water, Fitness Pal discipline and only part of that is because there were also lots of birthday cake and red wine french fry appetizer pizza and beer days in between. The other part is that because I don’t like real “exercise”: I like playing outside. Playing is fun. Working out is not. Working out is work.

So why run? The first time I gave consistent running a try, I was 19. French fries and fruit punch pounds slid off my body faster than cold butter on Florida pavement in July. The results made an impact on my mind and convinced me that when it really matters, start running. It’s possible that had more to do with being 19 than in the mile I put in each night.

We’ll see. Day 2 of #100runningdays is in the books. We even found a pretty side trail right here in our suburban boredom. Also, #runwriterepeat. 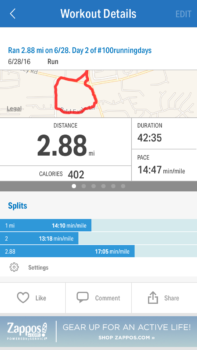 A run/walk pace that allows time for sniffing.