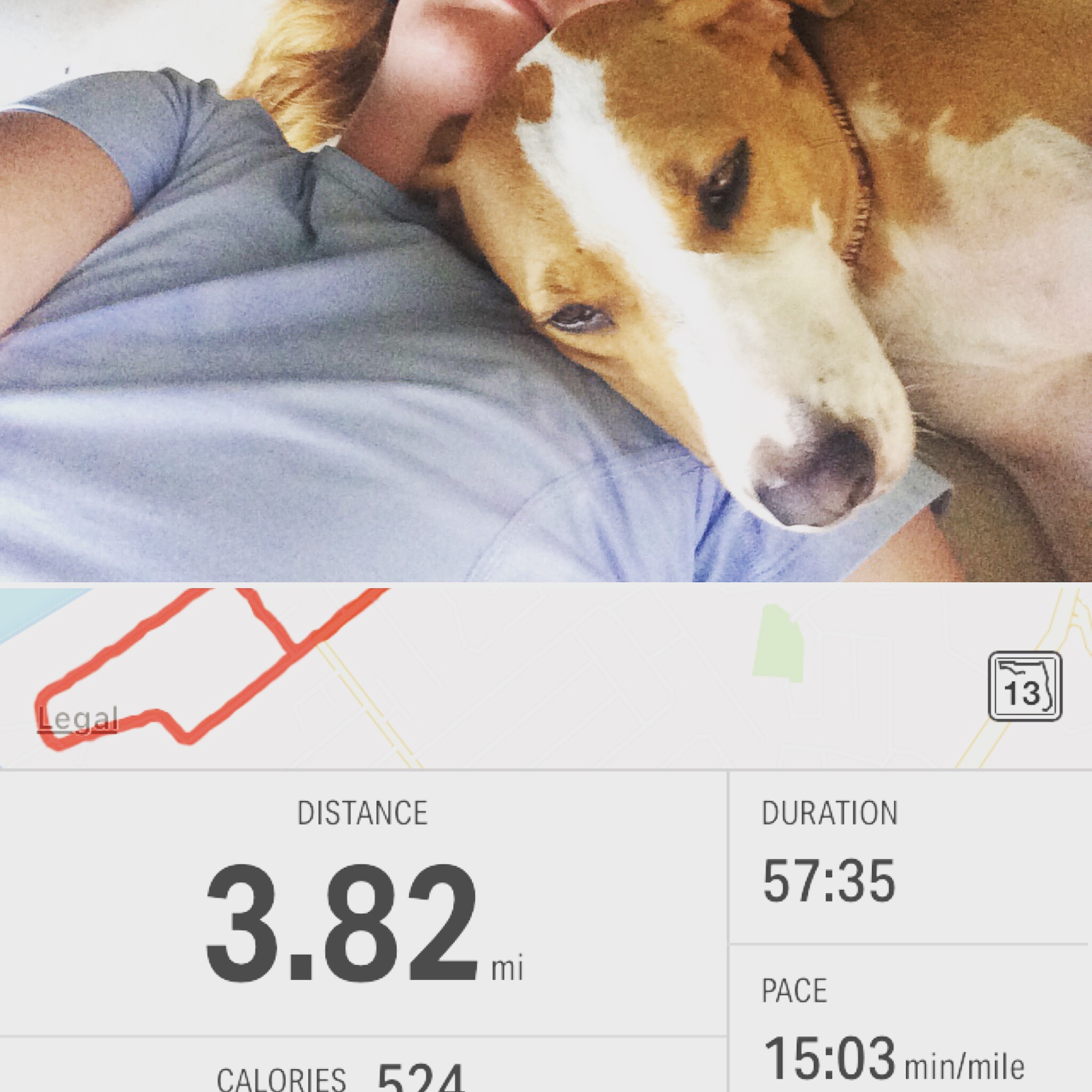 Day 3: Did It Anyway

Day 3  of #100runningdays and today was a tough one. Maybe they all will be. My body is feeling the soreness from having run; getting out bed was achy from the first movement. My routine was wonky. And then, after dropping off my son at work, I felt that familiar fatigue that makes my spine and blood feel like a lead weight fell and just let all the air out of my balloon.

Hashtag: Did it Anyway.

My route today was a drive-to since I was already in the car early. I’ve heard several recommendations for a riverfront neighborhood known as the “Forest Circle Loop”; shaded estates with oaks draped in moss, dog watering stops, and no traffic. That’s the destination. Since it’s at the end of a series of suburban neighborhoods, one has to park and go. The only parking I found was in a small strip mall at the end of the main road–the kind of place with such limited parking that the business owners probably don’t want non-customers using. Still, the pizzeria wasn’t open that early so I took the risk.

Con’s: the majority of it is dangerously close to fast traffic, the sun sections are HOT, and it’s morale-busting to have to start and finish with the con-sections after enjoying the pro-middle bit of the actual shady loop.

Interesting lesson learned: Being unfamiliar with the route required continual curiosity and an organic stretch of my distance covered. Without milestones to psych myself up with (or talk myself out of) and only one way back to the car, I had to press on.

My dog is a champion.

Savannah loves every second of this. She runs better and longer than I can. She’s incredibly obedient– even ignoring other dogs while running that she’d whimper over if we were walking. True, she’s pooped out by the time we get home but this has meant less chewing on naughties later in the day. I’m wondering about her nutrition. If I’m paying attention to higher protein for me, maybe I also should for her. And shade or early/late hours are just going to be a must. That hot pavement just seems painful on her pink pads, even though she refuses to choose the grass. 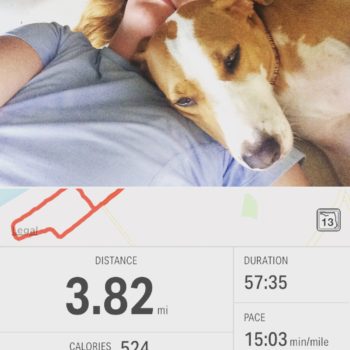 Up by a mile today.