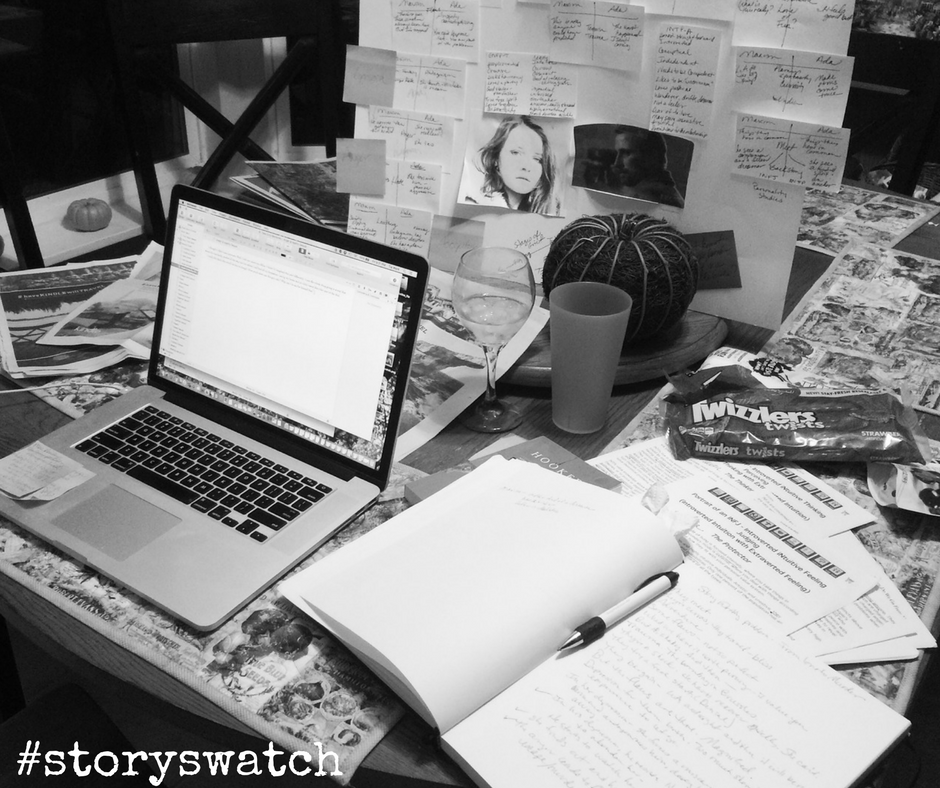 How Long Should a Novel Be? (and other anxious doubts)

This weekend marked an enormous milestone for me: I completed the first working draft of my novel.

I did not celebrate.

In fact, I cried. 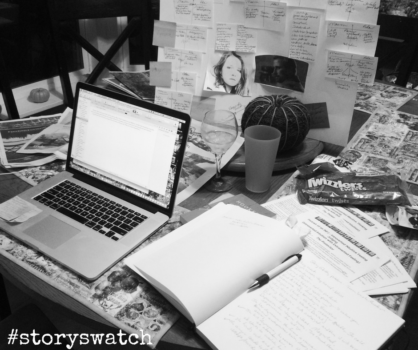 Set up and digging in for a marathon weekend of writing my novel, “The Perfect Traveler”

I’ve been working on this story for a year now and finished the first structural draft last fall. It had a different working title then- “Where Do We Go From Here?” but a friend of mine has a happy musical number of that same name and it threw off the sound in my head. My story isn’t necessarily happy. It’s a psychological love story between two travelers and it spins off an idea I got from the recent Amazon Kindle ad campaign #haveKINDLEwillTRAVEL. It sometimes gets quite dark. So I changed the title. I also scrapped the back half of the draft last May.

My goal was to get a solid second draft of, “The Perfect Traveler” crafted by the end of September so that I could have a cleaned up third draft ready to show to a professional editor by the end of the year. I hadn’t yet decided if I wanted to try and pitch it to Amazon or not (because it’s fun throwing a pebble into a gianormous ocean to see the ripple effect, right?) or if I just want to self-publish and consider it measurable progress towards my lifetime goal of being a successful novelist.

I also take my family, full-time employment, friends and a host of other projects (like #100runningdays and #storyswatch) seriously. The calendar was racing past. I ticked off the squares. I saw the holiday decor hit the stores. Someone threw out there were only 12 more Saturdays until Christmas. I broke into hives of anxiety. I was getting close to a full-on freak-out of failure. And then, miraculously, this weekend opened up.

My kids went to see their dad for the first visit in a long while. My husband went to visit his brothers for a football fest. Three whole days opened up. It was the parting of the Red Sea of Obligations for me to be home alone and write. This. Was. My. Chance.

As you can see in the photo above, I was well fortified. Twizzlers, a bottle of Pinot Grigio, a meatball pizza from my favorite brick oven place, Sour Patch Kids, and coffee. I cleaned the house first (can’t write with a dirty sink) and I shut off all the social media. I hid my phone. As they say, I decided to, “put my butt in the chair and write” until that draft was complete, story told, ready to print and mark up.

6 hours on Friday, 14 on Saturday, 10 on Sunday. I could feel the momentum build. Then, my butt went numb. The deeper I got into the story, the more I was loving it. This is meaningful to me because a few years ago I abandoned a manuscript at the 75% mark after coming to loathe it. This one has good juju. I love my characters. I love seeing the progress I’ve made in cutting unnecessary words. My husband came home as I was finishing the second-to-the-last chapter and I hollered, “Baby! You’d better be ready to celebrate because I’m going to make this deadline!”

Context clue: I get frothy about celebrating milestones. I make them up and I make a big deal out of achieving them. My birthday lasts a full month, my projects all get hashtags, and I rejoice over baby steps.

And then, there it was: the final word at the end of chapter 22. I’d told the story from start to finish. Can we say I’d looked forward to that moment for my entire cognizant life? Yes, we can. It was after dark on Sunday night, the pizza and wine were gone, and I’d hid the rest of the Twizzlers from the kids. Everyone came home. Out of time, I told Scrivener to compile and took a look at the word count.

Nanowrimo lathers writers into 50,000 word drafts in a month. Standard novels have a suggested length of 80,000. There are notable exceptions like Harry Potter’s bloated lengths and Hemingway’s brevity for Old Man and the Sea. But, for average Jo March’s like me, we have to follow the standard rules of publishing.

I’m really short on words. It’s probably the first time in my life I can say that.

Cue the tears and self-doubt. I wrote harder than I’ve ever written in my life this weekend on something I want more than almost any other life accomplishment. Writing comes right after my kids. Maybe I just don’t have the chops to tell a story well at that length. I have other stories that are long; Nano-drafts that sit near 100k of pure crap. But this time I was sparse on purpose, trying to write clean. An editor will still need room to chop. Doubling my word count is essentially re-doing the entire previous year. It’s like telling the marathon runner, “now turn around and run back.” Most would probably walk away.

Today I’ve worked on processing. My daughter sagely suggested that rather than try to overwrite scenes I worked hard to tell sparsely but completely, I should simply try to add in 25 more scenes. My good friends suggested I take note on the devastation I’m feeling and remember that it’s useful. They threw out titles that are beautifully told in fewer words. A few suggested its a novella. Another said maybe Amazon would even prefer a novella so it can be pitched as a quick travel read on the plane. (One can hope.)

I sent it to print. I’ll be taking Stephen King’s advice later today. My draft, which I still feel so proud and protective of, that I love so very much, will be put into a drawer and set aside for a few weeks. I’m going to read, ruminate, work, keep up my projects, and let some insight steep.

I want my story to be whatever length it needs to be.

It’s the Duggar question I hear most often! Why

It was dangerous to pause and ponder. And dangerou

I did practice with my toddlers to come when I cal

Under the influence. When I think of the enormity

It’s agonizing and breaks my mother-heart to ima

Motherhood is glorified and revered in Christianit

Where else in life are you expected to jump up hap